Doctors warn thousands of bowel cancer cases are going undiagnosed due to the coronavirus, which could lead to people dying early from the disease 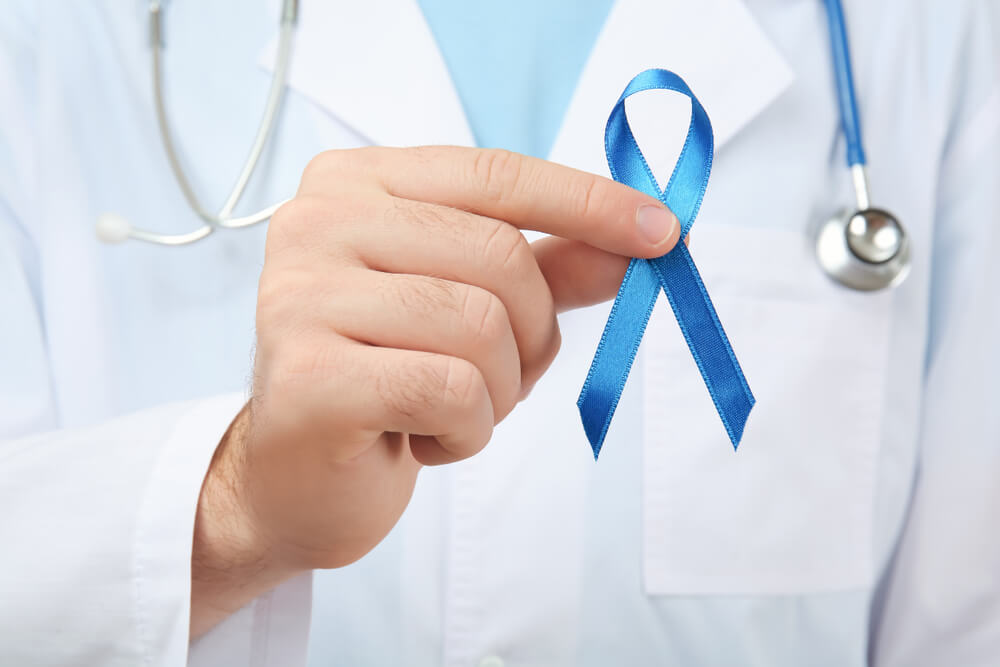 Doctors warn thousands of bowel cancer cases are going undiagnosed due to the coronavirus, which could lead to people dying early from the disease

Bowel cancer is the fourth most common form of cancer in the UK and is also the second biggest cancer killer. Bowel cancer is treatable and curable if diagnosed at an early stage. However, this drops significantly as the disease develops. Catching any type of cancer early is important, but especially so with bowel cancer because of its lower rate of survival, the further along the cancer is.

Recent reports have stated that doctors and scientists fear there will be a dramatic rise in bowel cancer cases in the UK due to the Covid-19 pandemic. They believe that the halting of screening for the condition in the wake of the crises will lead to thousands of people dying early from the disease.

“Cancer screening has become a very serious problem and bowel cancer screening is a particular concern,” said Professor Clare Turnbull, of the Institute of Cancer Research.

“Bowel cancer is common but treatable if you detect it promptly. And unlike many other cancers, it is possible to pinpoint cases in their early stages. The trouble is, since March that screening has been halted.”

According to statistics from Bowel Cancer UK, the number of bowel cancer screening invitations not sent out in England have surpassed the million mark since lockdown began in March. This results in around 1.350 undiagnosed bowel cancer cases in England alone due to the halt in screening. Another 4,000 people will have polyps undetected, which could develop into the disease if not removed.

Chief executive of Bowel Cancer UK, Genevieve Edwards summed the crises up saying, “This condition is treatable and curable, especially when diagnosed early, but the Covid-19 response means people whose bowel cancer goes undiagnosed could lose years of life as a result of later diagnosis. Covid-19 has placed unprecedented pressure on the NHS, but we are now extremely worried about the fate of bowel cancer patients.”

What is bowel cancer?

Bowel cancer is also known as colorectal cancer. Bowel cancer affects the large bowel, which is made up of the colon and rectum. Cancer causes cells to change and grow in an uncontrollable way meaning cancer spreads at an increasingly rapid rate.

Most cases of bowel cancer develop from previous pre-cancerous growths called polyps, but not all forms of polyp lead to cancer. If your doctor finds a polyp, they can remove it before it becomes cancerous.

How common is bowel cancer?

How common is it to survive bowel cancer?

What are the symptoms of bowel cancer?

Some of the most common symptoms of bowel cancer include:

These symptoms could be early signs of bowel cancer, but could also be a result of a range of other things. It is important to see your GP as soon as possible if you are showing any of these symptoms.

Bowel cancer can also lead to tumours that block your bowel, which will lead to increased pain and strain in the stomach area, this is called bowel obstruction, and it may mean that you are unable to go to the toilet. It is important to contact your GP as soon as possible or visit a hospital accident and emergency room if you think you have a bowel obstruction.

How can you treat bowel cancer?

Bowel cancer is easily treatable if the cancer is caught early and before it is developed, causing further problems. There are a few different ways to treat bowel cancer, some of these are:

Bowel cancer might be one of the most common forms of cancer in the UK, but there is still not enough awareness being raised. One event that is attempting to raise awareness is Bowel Cancer UK’s ‘Step Up To 30’ event. This event, which has been running throughout June, encourages people to exercise for 30 minutes each day, and ask people to sponsor you. The sponsor money raised from this event is donated towards Bowel Cancer UK and the research they are doing to try and save more lives and find a cure for this deadly disease.

In these uncertain times, exercise is a great way to improve your mental and physical health. It can help to boost your mood and energy levels and provide some routine and structure to your day. There are so many different ways to get active without even having to leave your home – follow an online fitness video, set up an obstacle course in your garden, or just play a game of football or jump rope with the kids. Taking part in Step up for 30 is helping people to get fitter and healthier whilst also raising money to fund much needed life-saving research.

How can Clatterbridge Private Clinic help?

Here at Clatterbridge Private Clinic, we provide expert cancer care, tailored to your specific needs, in a modern and calming environment. If you have received a diagnosis of bowel cancer, you can ask to be referred to Clatterbridge Private Clinic for treatment. We have a team of consultants who specialise in the treatment of bowel cancer and can provide patients with fast access to a range of innovative treatments, many of which are not available on the NHS.

Our private patient liaison team are always on hand to offer any help, support, or guidance and work hard to make your experience as comfortable and easy as possible. To find out more about private cancer care for bowel cancer contact our friendly team on, 0151 668 0648 or ccf.tr.info.clinic@nhs.net.